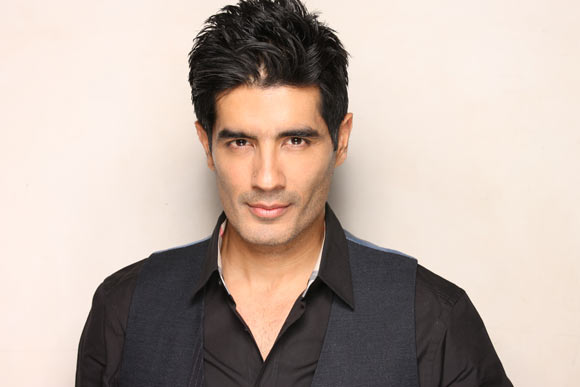 Bollywood fashion Guru. A passionate fashion savvy has made his special position in the Indian film Industry. He has beautified the Indian film star celebrities with his impeccable designer outfits. Indian designer Manish Malhotra entered into the Bollywood parlance by designing wardrobe for Juhi Chawla. In the list of top young celebrity fashion designers, he is the most shining star who has been successful in earning both name and fame. He knows his job pretty well and has a complete understanding as to what style would go perfect. He has designed costumes for almost all top actresses from sensuous Sridevi, Urmila Matondkar, Shilpa Shetty, and Manisha Koirala to elegant and graceful Aishwarya Rai, Rani Mukherjee and Preity Zinta. He is specialized in women attire styles. Manish has made an incredible contribution to various Blockbuster light comedy films like Rangeela to romantic movies like Dil To Pagal Hai, Kaho Na Pyar Hai and Dilwale Dulhaniya Le Jayenge. He is truly a master of fashion and has achieved a tremendous appreciation. His work has been honored with various awards like Filmfare Award, Showtime Opinion Poll Award, Siemen's Viewer's Choice Award, Bollywood Award and the Lux-Zee Cine Award. He is continuously delivering quality work for fashion boutique 'Reverie' with which he is associated since 1998. This budding star of yesterday has truly become the pride of Bollywood.

His designs were worn by Kareena Kapoor in the film Kabhi Khushi Kabhie Gham (2001). He designed for Sushmita Sen in Main Hoon Na (2004), Kajol in Fanaa and he has designed for Preity Zinta and Rani Mukerji in the film Kabhi Alvida Naa Kehna (2006). He showcased his new collection in April 2006 at Lakme Fashion Week inMumbai. Kajol and Preity Zinta, actresses who are friends of the designer, walked the runway for him. He also has designed Kareena Kapoor's wedding outfits. Not only has he designed costumes for Bollywood stars but he has also styled and designed costumes for Hollywood celebrities such as Demi Moore, Kylie Minogue, Reese Witherspoon, Karolina Kurkova, Kate Moss and Naomi Campbell.