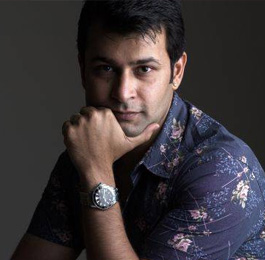 Ashish Soni has attained remarkable success in the global fashion world. Creativity of a designer and traits of an entrepreneur have been beautifully gelled together, which makes him a big name in the industry. His innovativeness has a strong Indian bond that has been well merged with the western education, to give a perfect balance of Indian and western style creations. Ashish Soni's instinctive and inventive style of creating garments makes them an elegant piece of attire.

The numerous exposures to the various international forums have refined his artistic skills. He was the first Indian designer to be invited at the Olympus Fashion Week, held in New York. Ashish Soni's creative, yet elegant styles, flawless artistry and enduring fashion statements, in the stream of both attires and accessories, have won him great accolades in the fashion fraternity. His clients include who's who of public figures, media personalities, and leading entrepreneurs. His creations are retailed throughout the country, starting from Carma in New Delhi, Ensemble, Vama and Pyramids in Mumbai, Ffolio in Bangalore and Madras to Ogaan in Kolkata. Overseas, Ashish’s creations can also be found at "Fasateen" in Dubai. His collections are also available at Beams in Japan, Penelope in Italy, Tsum in Russia and Villa Moda in Kuwait..