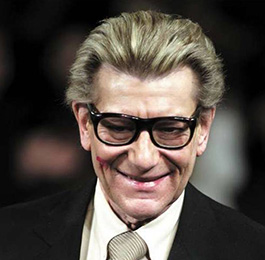 Yves Henri Donat Mathieu-Saint-Laurent, known as Yves Saint Laurent was a French fashion designer, one of the greatest names in French fashion in the 20th century. In 1985, Caroline Rennolds Milbank wrote, "The most consistently celebrated and influential designer of the past twenty-five years, Yves Saint Laurent can be credited with both spurring the couture's rise from its sixties ashes and with finally rendering ready-to-wear reputable". He is also credited with having introduced the tuxedo suit for women, being the first designer to use ethnic models in his runway shows, and referencing other cultures in his work.

Yves Saint Laurent was a European fashion designer born on August 1, 1936 in Oran, Algeria. As a teen, he left for Paris to work for designer Christian Dior and gained acclaim for his dress designs. In 1966, he launched his own fashion labels, where his adaptations of tuxedos for women garnered him fame. He was the first living designer to receive a solo exhibition in New York’s Metropolitan Museum of Art in 1983. The Designer died in Paris on June 1, 2008 from brain cancer.