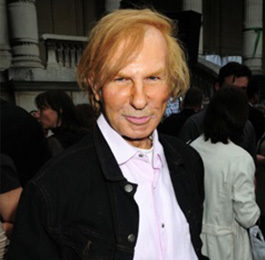 Claude Montana is a French fashion designer. His company, The House of Montana, founded in 1979, went bankrupt in 1997. Born in Paris in 1949 to a Catalonian father and German mother, Montana began his career by designing papier-mâché jewelry covered with rhinestones.

Later, he discovered leather and the complex techniques associated with it, eventually becoming a leading force in leather. His first fashion show took place in 1976. He was an avid colorist and favored blue, red, metallic, and neutral tones, in luxurious materials such as cashmere, leather and silk. He started his own company in 1979, and quickly became a darling of 1980s high fashion along with Thierry Mugler, who also favored aggressive shapes and strong colours.