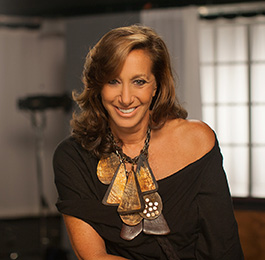 Her name became synonymous with the New York look and created a trend-setting, all-black palette for ready-to-wear. She’s also credited with popularizing the bodysuit. Her company grew—as much by the designer’s instinct as by any strategic business plan—to include menswear, children’s apparel, beauty, home, and accessories, and has enjoyed extreme commercial success. In 1996, Donna Karan went public, which netted the designer a fortune but had mixed results on Wall Street.

The Donna Karan International company includes her secondary label, DKNY. It was bought by LVMH in 2001 for a reported $643 million. Today, Karan acts as chief creative director.